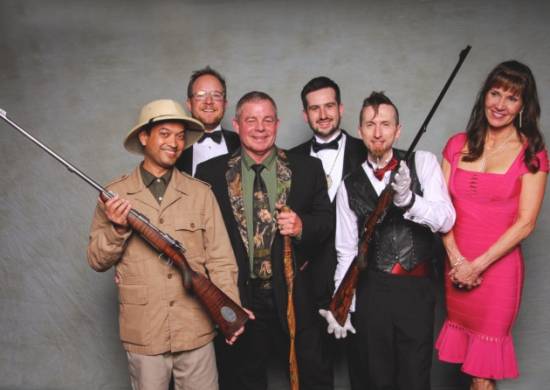 A .275 Rigby rifle broke the record for the most valuable bolt-action rifle sold at a Safari Club International Convention (SCI) auction.

The rifle, built by London gunmaker John Rigby & Co as a tribute to Jim Corbett, sold for $250,000 and was bought jointly by husband and wife American SCI members, Brian and Denise Welker.

Brian explained: “Corbett has always been very special to us. We have followed him for many years and read all his memoirs. This was not an impulse buy; we had studied this rifle closely and I knew I was going to bid for it.”

Manager director at Rigby’s, Mrc Newton commented: “Not only will the proceeds help SCI continue to work for hunting and conservation, but it’s also a huge endorsement of the work carried out by the team at Rigby.

“This project was a real labour of love for everyone involved, and has resulted in the best bolt-action rifle Rigby has ever made – a fitting tribute to Jim Corbett. I’d like to thank my team for all their hours of hard work, and wish Brian and Denise a long and exciting future with the rifle.”

SCI’s President, Larry Higgins, added: “The incredible generosity of Rigby and SCI members shows that SCI is the leading organisation when it comes to raising the funds needed to protect hunting and the rights of all hunters.”